This week, Refugee Support Aegean (RSA) published its detailed comments on the above legislative proposals:

For these reasons, RSA urges for: 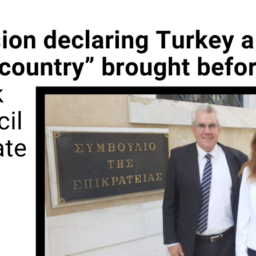 Greek Council for Refugees (GCR) and Refugee Support Aegean (RSA) filed judicial review applications before the Greek Council of State for the annulment of the Joint Ministerial Decision of the Minister of Migration and Asylum and the Deputy Minister of Foreign Affairs of 7 June 2021. The Decision designated Turkey as a safe third country for nationals of Syria, Afghanistan, Somalia, Pakistan and Bangladesh.