Greece’s decision to suspend access to its asylum process in March 2020 as a response to pressure from Turkey set a dangerous precedent for the Common European Asylum System. This has re-emerged in light of events unfolding in Poland, Lithuania, Latvia and Cyprus and of calls for amending the EU legal framework to respond to so-called “hybrid attacks”.

In a policy note published today, eight civil society organisations track the far-reaching repercussions of the March 2020 Emergency Decree suspending the Greek asylum procedure on the rule of law and the right to asylum. The Decree led to blanket detention of people in inhuman conditions, automatic deportation orders contrary to the non-refoulement principle, criminal prosecution of refugees for irregular entry, delays in access to asylum and denial of family reunification under the Dublin Regulation.

The organisations warn against the risks of further changes to the EU acquis in response to “instrumentalisation” and urge the European Commission to enforce existing EU asylum law through infringement proceedings.

A step backwards for protection and integration

09 Jan 2019
PUSH BACKS AT EVROS BORDERS: A DISREGARD FOR HUMAN LIFE AND LEGALITY 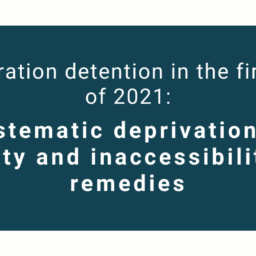 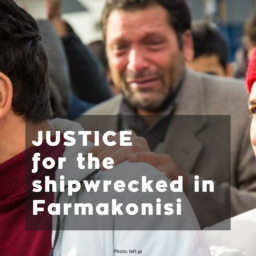