On 27 November 2019, the State Prosecutor requested the conviction of Taner Kılıç on the allegation of “membership of a terrorist organization”.

At the 10th hearing of the “Büyükada case” -named after the Turkish island of Büyükada where human rights defenders were arrested during a meeting in a hotel in 2017- Prosecutor requested the conviction of Taner Kılıç on the allegation of “membership of a terrorist organization” and 5 other human rights defenders on “assisting a terrorist organization without being a member” and call for jail term of up to 15 years.

Lawyers of human rights defenders criticised the request and argued that the prosecution has not just failed to present any credible evidence, but also failed to provide any relation between the allegations and accused. Amnesty International’s Secretary General called the charges as “absurd” and Amnesty International underlines that “the prosecution has failed to produce any evidence of criminal wrongdoing, let alone ‘terrorism’, during more than two years of this prosecution”. The next hearing of Büyükada Case will be held on 19 February 2020.

Taner Kılıç and other human rights defenders are accused of plotting a coup attempt at a hotel in 2017. Kılıç spent more than 14 months in prison before his release on bail in August 2018 and could also lose his license to practice law after a conviction for a terrorist offense.

RSA requires the cessation of their criminal prosecution.

Joint statement: Safeguard the rights of refugees in Turkey! 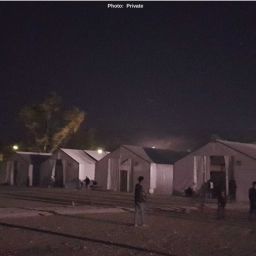