Statistics provided by the Appeals Authority to Refugee Support Aegean (RSA)[1] give rise to important observations on the examination of asylum appeals at second instance during 2020. Data should be read in the light of reforms of the composition of Independent Appeals Committees and the appeal procedure brought about by the International Protection Act (IPA) and its subsequent amendments.

During the first half of 2020,[2] a total of 5,494 appeals were lodged against decisions of the Asylum Service. Of those, 3,252 concerned cases on the mainland (59%) and 2,242 cases on the Eastern Aegean islands (41%), where the EU-Turkey deal is applied. According to the Appeals Authority, 72.41% of appeals lodged this year have already been decided upon during this first semester.

However, the Appeals Authority did not provide a disaggregation of appeals examined in an oral hearing of the asylum seeker from appeals examined under written procedure, despite its legal obligation to provide such figures under Article 4(3) L 4375/2016. Asylum seekers’ right to an oral hearing before the Appeals Committees is restrictively interpreted and rarely granted in practice.

The average processing time of appeals during the first half of the year was set at 39 days by the Appeals Authority. Yet, in its submission to the Council of Europe Committee of Ministers in the context of the supervision of the execution of the M.S.S. and Rahimi judgments of the European Court of Human Rights (ECtHR), the Greek government referred to an average period of 315 days from the lodging of an appeal until the issuance of a decision for the period January-May 2020.

The Appeals Authority issued 11,057 decisions on the merits of appeals during the first six months of 2020. The overwhelming majority of decisions (94.5%) concerned mainland appeals, while only 1,630 decisions of Appeals Committees related to claims lodged on the islands:

In addition, recognition rates underwent a substantial decrease from the first to the second quarter of the year:

The overall international protection rate dropped from 8.1% to 2.9% between the first and the second quarter. The drop was significant on the islands, from 24.8% to 11.7%.

The inability of the Appeals Authority to provide, upon request,[3] statistical data on applications for and granting of legal aid during the first half of 2020, under the scheme implemented by a Registry of Lawyers managed by the Asylum Service, constitutes a crucial gap of information relating to the functioning of the appeal procedure.

As highlighted by RSA and Stiftung PRO ASYL in their submission to the Council of Europe Committee of Ministers in the M.S.S. and Rahimi cases, according to data made available by the government, only 1,608 appeals out of a total of 4,100 lodged in the first five months of 2020 benefitted from legal aid under the Registry of Lawyers. Accordingly, the state-run legal aid scheme covered only 39% of appeals during that period.

Refugees receiving protection in Greece and those returned thereto from other European countries continue to face prolonged delays in the renewal of their residence permits.

13 Dec 2021
PUSH BACKS AT EVROS BORDERS: A DISREGARD FOR HUMAN LIFE AND LEGALITY 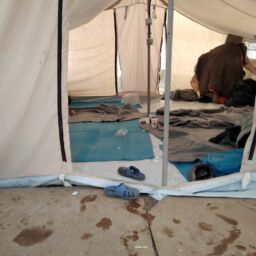