The Council of State Plenary will be assessing the constitutionality of provisions transferring competence for judicial review of asylum decisions, taken by the Independent Appeals Committees, from administrative appeal courts to the first-instance Administrative Courts of Athens and Piraeus. Since the end of 2019, Appeals Committees are exclusively composed by judges. The case forms part of a pilot procedure on the basis of three annulment applications supported by Refugee Support Aegean (RSA).

Such a reversal of the established structure of the judiciary in instances, from lower to higher judges, is unprecedented in Greece and Europe. Judicial hierarchy is a guarantee of judicial independence and impartiality. Moreover, review of judicial decisions by higher-level judges is presumed to be substantive.

As submitted in the applications, the sole impression created by the reversal of the established hierarchical structure inevitably creates fears of influence against judges tasked with reviewing decisions issued exclusively by same- or higher-level judges, appointed to Appeals Committees as asylum experts. In addition, the reduction of court deadlines and handling of suspensive effect requests by the rapporteur instead of the Suspensions Commissions (Επιτροπή Αναστολών) of the court clearly demonstrates that annulment applications are not treated rigorously.

Beyond the matter of general interest to be examined in the pilot procedure, the cases coming before the Council of State provide an important opportunity for the highest court of the land to interpret rules and to issue leading jurisprudence on crucial aspects of asylum law.

The first case concerns an asylum seeker previously granted refugee status in Hungary. The Greek authorities dismissed the asylum claim as inadmissible on the basis of Article 33(2)(a) of the Asylum Procedures Directive, without however conducting the necessary assessment of foreseeable living conditions and the ensuing serious risk of exposure to inhuman or degrading treatment in the country which granted him international protection. The Court of Justice of the European Union (CJEU) has clarified in its recent rulings in Ibrahim and Addis that both administrative and judicial authorities of Member States have a duty to examine whether, on the basis of objective, reliable and up-to-date evidence, a refugee would run a risk of inhuman or degrading treatment in the country that granted international protection.

The second case, relating to in-merit rejection of an Afghan applicant’s claim on religious grounds, raises questions about qualification for refugee status (reasonableness of the state’s expectation of a refugee to conceal religious convictions in order to avoid persecution), as well as the internal flight alternative. It also offers an opportunity for the highest court to provide necessary guidance on the assessment of the security situation in provinces of Afghanistan such as Herat, against the backdrop of inconsistent case law by Appeals Committees.

The third case concerns the inadmissibility of an asylum claim by a Syrian national, victim of torture, on the ground that Turkey is a “safe third country” for him. Whereas the concept and various provisions on the border procedure have already been interpreted by the Council of State in Decisions 2347/2017 and 2348/2017, a re-examination thereof is necessary in light of substantial factual and legal developments, namely recent CJEU case law in the LH and FMS cases.

As highlighted by RSA, recent CJEU case law confirms Member States’ obligation to enact in their national legislation methodology rules on the use of the “safe third country” concept as a presumption in the asylum procedure. At no point has the Greek legislature laid down the necessary rules, however. Failure to transpose Article 38(2) of the Asylum Procedures Directive and to enact methodology rules constitute matters of general interest, which have not been adjudicated by the Plenary of the Council of State following CJEU case law.

At the same time, recent judgments of the CJEU clarify that the reference to transit through a third country as a criterion substantiating a sufficient connection between an applicant and said country amounts to incorrect transposition of EU law in the Greek legal order.

Finally, the case concerns the failure of the Appeals Committee to assess the applicant’s need of special procedural guarantees as a victim of torture, and to take into consideration his access to rehabilitation services in its examination of the principle of non-refoulement. 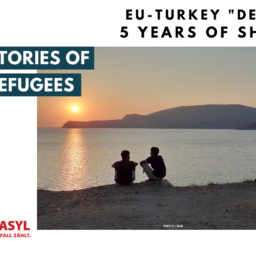 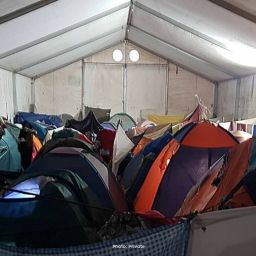 The timeline of a pushback of a Syrian refugee in Evros, as documented by RSA

Greek authorities unlawfully pushed a group including Syrian refugee back to Turkey through the Evros land border, while a procedure for interim measures was pending before the European Court of Human Rights (ECtHR). 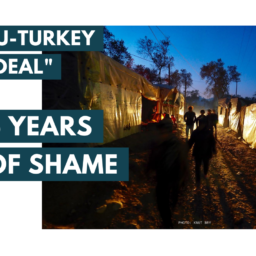