The Felony Appeal Court of Dodecanese in Rhodes decided yesterday that the young Syrian – sentenced initially to 25 years imprisonment (sentence to be served) in the Farmakonisi case- was guilty of the transportation of the refugees for being in command of the boat sailing towards Greece. The court acquitted him for the risk to life and the deaths of the passengers of the vessel that sunk on 20.01.2014 off the coast of Farmakonisi causing the death of 12 people including eight children for which he was sentenced on first instance.

According to the Court’s reasoning that will be published in the court’s decision soon the deaths were caused after the intervention of the Greek coastguard authorities and while the boat carrying the refugees was towed by the coastguard vessel.

The Court reduced the sentence of the young Syrian to 10 years of imprisonment and according to the Code of penal procedure he will be released soon.

The first instance court had found the (then) 21 years old refugee from Syria, guilty considering that he was the one steering the boat and thus was responsible for those deaths and sentenced him to 145 years and 3 (months) and to a fine of 570.500,00 euro. He has been imprisoned ever since. The young Syrian has repeatedly denied the charge/allegation that he was steering the migrant-carrying vessel, claiming to have been a refugee himself but his claim has been rejected by the Court.

On 20 January 2014, eight children and three women from Afghanistan lost their lives when their vessel sank near the Greek island of Farmakonisi. The sixteen survivors claim they were improperly towed at great speed by the Greek Coast Guard back towards Turkey when their vessel capsized leading to death 12 people during an illegal push-back operation.

Pro Asyl supported this case since the beginning of the tragic incident covering exclusively the cost for both legal and humanitarian aid and several actions were taken in cooperation with other Greek human rights organizations ( Greek Council for Refugees, the Lawyers’ Group for the rights of Refugees and Immigrants, the Greek Union of Human Rights and the Network of Social Support of Refugees and Immigrants, Refugee Support Aegean).

The survivors appealed to the European Court of Human Rights, claiming that the Greek authorities had violated Article 2 ECHR ( Right to Life ), Article 3 ECHR (Freedom from Torture) (and Article 13 ECHR (the Right to an Effective Remedy) . The case is still pending before ECHR (Safi and others v. Greece, 5418/15). 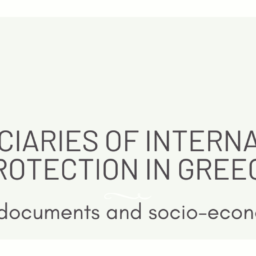